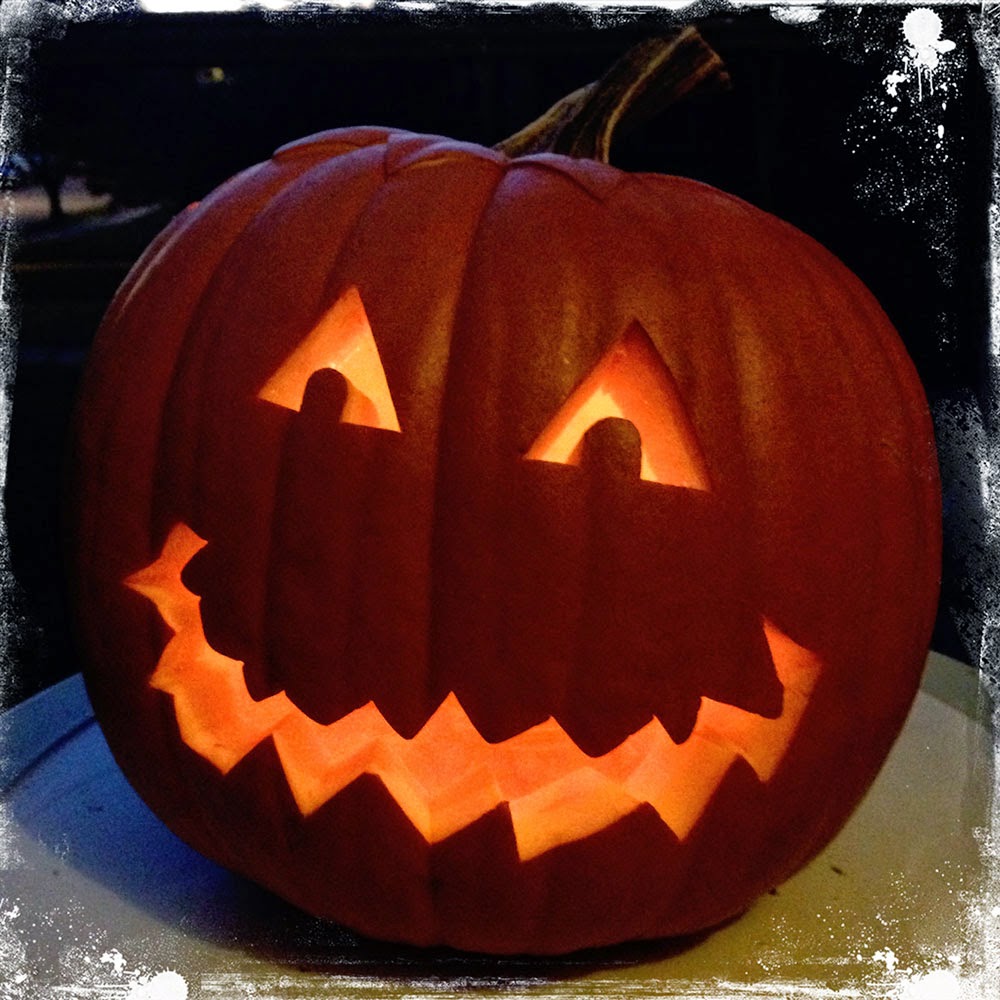 I originally wasn't going to carve a jack-o-lantern this year, I was just going to keep the pumpkins I picked up at the Hartsburg, MO Pumpkin Fest on my porch throughout October and November. So, when I got home on Sunday night I artfully arranged them outside my front door. As I left for work on Monday they were looking quite festive. Well when I got home from work, less than 24 hours after I first put them out, a squirrel had decided to eat a hunk out off one of my big pumpkins. If that wasn't bad enough, the little @&$*#( had taken a single bite of every last one of them! I mean seriously? Did it really need to bite each one? Well, fortunately it did spare one, my white pumpkin, so I brought it in to preserve it.


So, I left out the one pumpkin the squirrel(s) decided they like best and let them slowly eat the rapidly rotting mess. Fortunately they did pretty much leave the others alone. Then last night I carved the one remaining relatively good one and pitched the gunky one. At least the kiddos get a real pumpkin this year. Happy Halloween!
Posted by J. Anthony Stubblefield at 7:41 PM 1 comment: